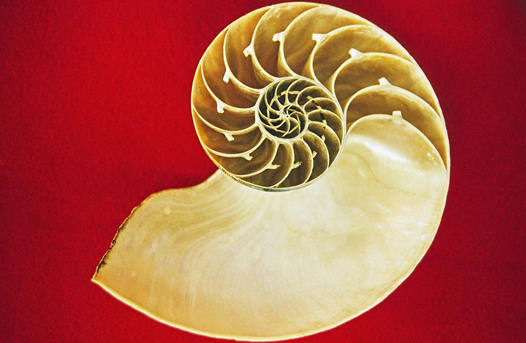 Intelligent Design has been Studied for Centuries

What does Intelligent Design Mean?

The web site, dictionary.com defines intelligent design as, “the theory that the universe and living things were designed and created by the purposeful action of an intelligent agent.” (“Intelligent Design,” 2012)

In a practical sense, ID is also a philosophy of life; it is a way of understanding how life has come into existence. Are we here simply because of some great cosmic random events? Are we a product of pure chance, in a universe which suddenly appeared out of nothing? Or, are we here because there was an Intelligent Designer, who caused the universe to come into existence?

Moving forward a few more centuries, the British theologian William Paley (1743 – 1805) presented his analogy of a person walking along a beach and discovering a watch in the sand. Paley’s famous analogy is referred to as the argument by design. Paley (1785/1824), in his book Moral and Political Philosophy writes,

In crossing a heath, suppose I pitched my foot against a stone, and were asked how the stone came to be there; I might possibly answer, that, for anything I knew to the contrary it had lain there forever: nor would it perhaps be very easy to show the absurdity of this answer. But suppose I found a watch upon the ground, and it should be inquired how the watch happened to be in that place; I should hardly think of the answer which I had before given, that, for anything I knew, the watch might have always been there. Yet why should not this answer serve for the watch as well as for the stone? Why is it not admissible in the second case, as in the first? For this reason, and for no other, viz. that, when we come to inspect the watch, we perceive (what we could not discover in the stone) that its several parts are framed and put together for a purpose, e.g. that they are so formed and adjusted as to produce motion, and that motion so regulated as to point out the hour of the day; that if the different parts had been differently shaped from what they are, of a different size from what they are, or placed after any other manner, or in any other order, than that in which they are placed, either no motion at all would have been carried on in the machine, or none which would have answered the use that is now served by it. . .

This mechanism being observed (it requires indeed an examination of the instrument, and perhaps some previous knowledge of the subject, to perceive and understand it; but being once, as we have said, observed and understood), the inference, we think, is inevitable; that the watch must have had a maker; that there must have existed, at some time, and at some place or other, an artificer or artificers, who formed it for the purpose which we find it actually to answer; who comprehended its construction, and designed its use.

Philosophers place Paley’s argument by design under a category of teleological arguments, for the proof of God. Teleology is from the Greek telos, “end,” and logos, “reason.” A teleological argument, therefore, argues that since there is order in the universe, then there must be a Creator who has established the laws of the universe. Gravity and electromagnetism are two examples of the laws of universe.

Charles Darwin studied intelligent design, when he read Paley’s argument by design, quoted above. Darwin read the book Moral and Political Philosophy (Paley, 1785/1824), in order to complete his B.A. degree at Cambridge; He completed degree in 1831. Here are Darwin’s comments about his final exams at Cambridge, which required him to study Paley.

In order to pass the B.A. examination, it was, also necessary to get up Paley’s Evidences of Christianity, and his Moral Philosophy. This was done in a thorough manner, and I am convinced that I could have written out the whole of the Evidences with perfect correctness, but not of course in the clear language of Paley. The logic of this book and as I may add of his Natural Theology gave me as much delight as did Euclid.

There is grandeur in this view of life, with its several powers, having been originally breathed by the Creator into a few forms or into one: and that, whilst this planet has gone cycling on according to the fixed law of gravity, from so simple a beginning endless forms most beautiful and most wonderful have been, and are being evolved.

Intelligent Design in Nature and Mathematics

Here is another teleological argument (argument by design) for the existence of a Creator. The mathematician Fibonacci, discovered a perfect geometric pattern, which repeats in the shell of a mollusk, called a Nautilus. Deborah Byrd (2013) writes the following about Fibonacci:

Leonardo Pisano Bigollo (c. 1170 – c. 1250) – aka Leonardo of Pisa or sometimes just Fibonacci – was one of the most famous mathematicians in the Middle Ages. He initiated the spread of the Hindu–Arabic numeral system to Europe, in his book Liber Abaci (Book of Calculation), published in the year 1202. This number system is based on 10 different glyphs or symbols, including a zero.

It’s the system we use every day: 1, 2, 3, 4, 5, 6, 7, 8, 9, 0. Fibonacci also laid the groundwork for our modern-day mathematical understanding of certain shapes in nature, including Nautilus shells. In his book, Fibonacci introduced what’s now called the Fibonacci number or sequence

Fibonacci (c. 1170 – c. 1250) also laid the groundwork for our modern-day mathematical understanding of certain shapes in nature, including Nautilus shells.

Darwin. C. (1876/1998). The Origin of Species: By means of natural selection or The preservation of favored Races in the struggle for life (6th ed.). New York: The Modern Library.